-- Tuesday, August 09, 2016
Have you ever dreaming of being flying over the sky with freedom, diving into the abysmal sea as to explore something unknown, or impersonating a brave warrior who is fighting with a destructive Godzilla? These sound like something that only would happen in dreams or movies though, nowadays, we have the pleasure to witness the advent of virtual reality, which to some extent makes our dreams come true. Thanks to VR headsets, we are able to step into a brand new virtual world. Among these headsets, Oculus Rift, HTC Vive and Samsung Gear VR enjoy great reputations, but today's leading role is just Oculus Rift. Let's now take a look at Oculus Rift about what it is, how it works and how to set it up!

The Oculus Rift is a set of virtual reality goggle powered by Oculus VR, released on March 28, 2016, which works with laptop or computer.

Rift uses state of the art displays and optics designed specifically for VR. Its high refresh rate and low-persistence display work together with its custom optics system to provide incredible visual fidelity and an immersive, wide field of view. In a way, it's making the virtual reality increasingly real, as a saying goes, seeing is believing. Unlike anything you've ever experienced, you'll feel like you're actually there in person.

Rift's technology and design are as remarkable as the experiences it provides. With advanced and refined design, from the moment you put it on your head, you'll feel it customizable, comfortable, adaptable, and beautiful. 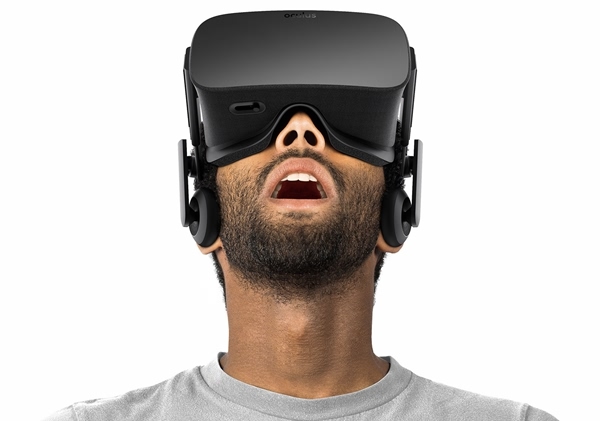 Part 2: How Does Oculus Rift Work?

The Rift has an OLED display with 1080×1200 resolution per eye, a 90 Hz refresh rate, and 110°field of view, which offers a 3D audio effect, rotational and positional tracking.

The positional tracking system, called "Constellation", is performed by a USB stationary infrared sensor that is detecting light that is emitted by IR LEDs that are integrated into the HMD.

The sensor generally sits on the user's desk that creates 3D space, allowing for the user to use the Rift while sitting, standing, or walking around the same room. 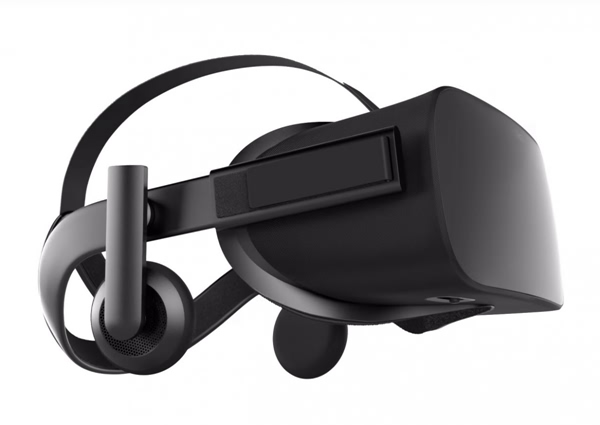 Part 3: How to Set up Oculus Rift?

Compatible Computer and Drivers
Actually, compared to the setup of HTC Vive, it's seemingly easier to set up Oculus Rift. Before you get a knowledge of that, make sure that your computer meets the minimum requirements of the Rift at first. Check for the table below. 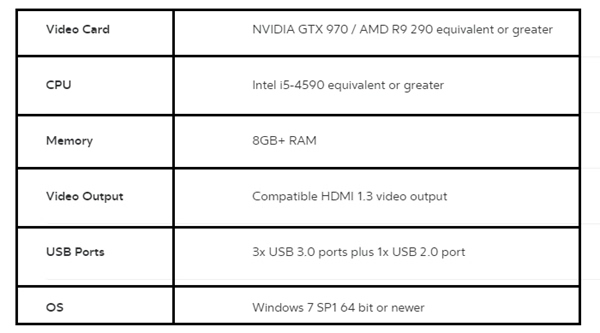 Note that Oculus Rift performs better on a more powerful computer. Also, if you don't know how to check out the spec, you can download and run the Rift Compatible tool for Windows to find out whether your computer is compatible.

Then, you need to check out computer drivers, making sure that those of graphic card are updated to the latest version. Two common ones would be Nvidia Driver or AMD Driver. You can check it out by simply clicking on the icon in the system tray.

Also, if you want a smoother and richer VR experience, it's recommended that the operating system of your computer should be updated to Windows 10. Though Oculus Rift works well on Windows 7, it would have a better performance on Windows 10. What's more, some new games are being developed and will be only available on Windows 10, so you'd better have your computer updated if you're not yet updated it.

Now you can go and download the Oculus setup software on your computer, but it will automatically install on C: Drive. Though Oculus is working on an update that will allow users to freely choose the destination of installment, it's not yet released. The guide is very clear and makes the installation as a piece of cake. I'm sure that people who are as clever as you are can simply handle it.

Moreover, all the apps and games will be installed on C: Drive by default with no allowance for changing the destination. Therefore, a fair amount of disk storage is a must. 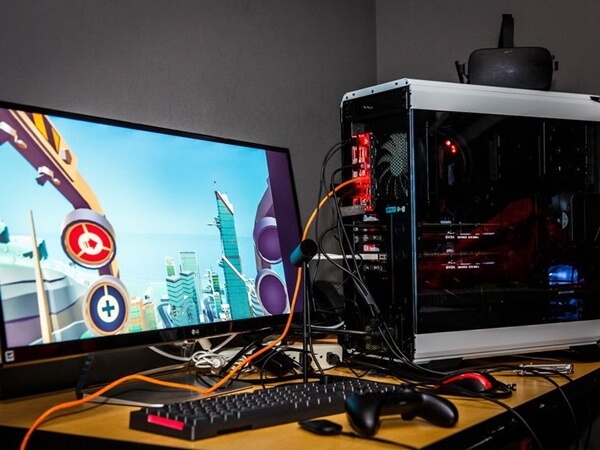 The second part of the cable ends in an HDMI connector. This needs to be plugged into your graphics card's HDMI port. The Oculus Rift won't work if you plug it into the HDMI port powered by the CPU's built-in graphics chip, it's simply not powerful enough to handle it. If the Headset HDMI doesn't have a green tick, it isn't working and you should try another HDMI port.

Then, a monitor is in need to use with your computer and since the Rift might have taken your only HDMI port you might need to connect your PC via a different type of port. A DVI cable will be your best bet as this provides a high-quality digital signal to the monitor. You should have a DVI cable that came with your monitor, or buy it from Amazon or eBay. If you're using a TV as a monitor and it only has an HDMI input, you can buy a DVI to HDMI cable instead. 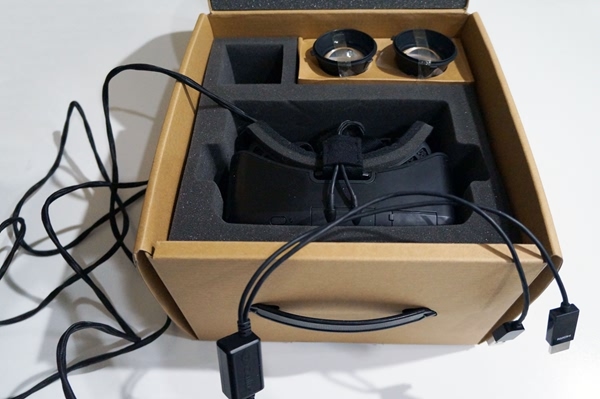 The Oculus Sensor and the Xbox One Controller
It seems like a microphone. Small as it is, the Oculus Sensor is of significance for virtual reality experience. It works with your headset to track and match your movement in VR.

The Oculus sensor has its own stand, so you can simply put it on your desk or somewhere else. However, one point you should bear in mind is that you should clean up all the things on the way between the sensor and the one who is wearing Oculus Rift. If not, it will result in dizziness when you're immersed into virtual worlds.

Now, you should attach the Xbox One Controller to your computer via the Wi-Fi attachment in the box. Plug this into any USB port on your PC (USB 2.0 will do just fine here), pop the two included AA batteries in the controller and press the big X button in the center to turn it on.

Comfortable Environment
You should make room for Oculus Rift with 2m x 2m clear space. Also, since you cannot see a thing as long as you wear the Oculus Rift, make sure there are no sharp-pointy items, fragile items and valuables around.

For a better enjoyment, a swivel chair with wheels is the best choice. It enables you to rotate, move backward and forward when you're immersed.

Since there are plenty of cables connected among computer, sensor, headsets and controller, it'd be a bit nerve-cracking. It's possible to be caught by those cables and cause the damage of the Rift and yourself. You thus need to use bulldog clips, cable ties or rubber bands to tidy them up. Make sure that cables are not dragging on the floor as well as not placed next to the wheels of the chair.

Last but not least, ensure that the Oculus Remote is within the reach. Though you can do much things with the controller, you cannot use it to control the volume. Or you can get the Oculus Rift off and go find the remote. But, isn't it too annoying? So, make sure the remote is reachable around you. 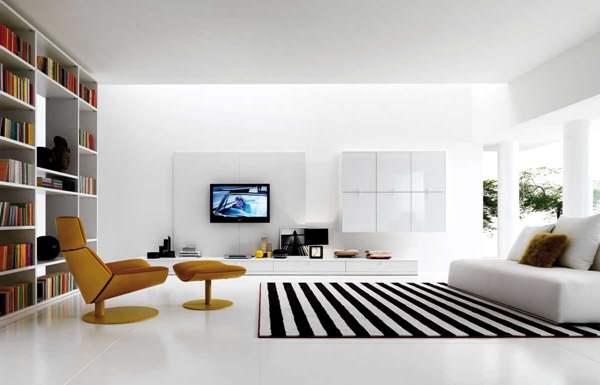 It's all done now! You must be eager to enjoy the breathtaking adventures in virtual reality. So, have fun!