How Much Do You Know About VR

-- Saturday, July 30, 2016
How much do you know about VR? Actually, it sounds much like some scenarios from a fiction or a breathtaking game when it comes to Virtual Reality (VR) technology. Once you're using a VR device, what displays in front of you will be a totally different place, which could be a bloody battlefield, or a spacious prairie, or somewhere else. Thrilling, right? Scroll down to learn more about VR.

Virtual Reality (VR) basically means "near-reality". It creates a simulated environment by using computer technology, which immerses users into a virtual circumstance. As for traditional interfaces, users can only have the experience by watching a screen in front. However, Virtual Reality (VR) takes users into 3D worlds in which they are immersed and able to interact with virtual things. 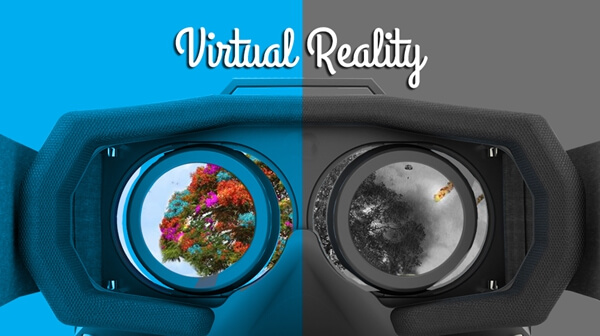 People may wonder how exactly VR works? This wearable technology enables you to wield sword and bring down a beast in front of you while you are in fact at your own home. How could it even be possible? But it is really becoming part of our life in the future.
Oculus, Sony, Samsung and Google are all using wearable headsets to realize VR technology, which requires three things:

1. A PC, console or smartphone, which can run the app or game of virtual reality.
2. A headset or a phone screen, which is able to display things in front of eyes.
3. Some kind of input, including head tracking, controllers, hand tracking, voice, on-device buttons or trackpads.

Total immersion is what VR headsets manufactures and game/App developers are looking forward to. Once realized, it would make people confusing which world is a reality and even won't notice that they are wearing something. A virtual world will be as real as an actual world. So, how can we realize that? 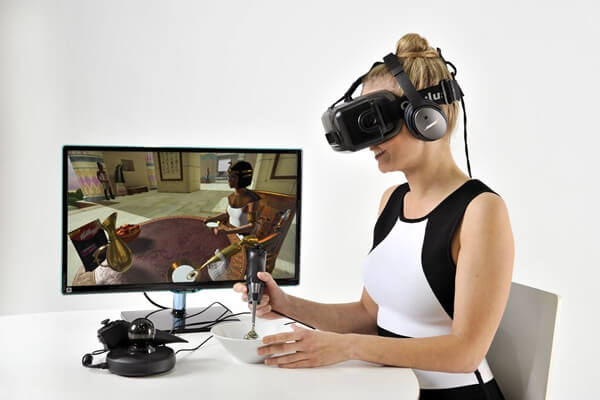 VR headsets like Oculus Rift and PlayStation VR are often referred to as HMDs (Helmet-Mounted Displays), which means when you're holding up Google Cardboard, your smartphone's screen is able to create a half-immersed experience for you even without audio or head tracking.
Insisting on developing and optimizing hardware dedicates to create a 3D virtual environment without the boundaries which can usually be viewed on TV or computer screen. Wherever you go, the screen mounted to your face follows you. This is different from AR which overlays graphics onto your view of the real world.
Some videos are transmitted from the console or computer to the headset by a HDMI cable in headsets like HTC's Vive and the Rift. However, Google Cardboard and Samsung Gear VR directly display videos on the screen and users only need a headset to view them.
VR headsets transmit signals to one display or two LCD displays, but there are still lenses placed between your eyes and the pixels. That's why these headsets are usually called goggles. In some cases, you can adjust the goggles to match the distance of two lenses which varies from person to person. These lenses focus and reshape the image for each eye and simulate 3D image by adjusting the angle of 2D images. You can quickly get the idea by closing one eye then the other to perceive objects.
To widen the field of the sight is another way to enhance immersion. Also, in order to create more convincing images, it need a minimum frame rate of about 60 frames per second, which can get rid of stuttering or sickness. For these two, most high-end headsets have already met the requirements.

Head tracking means when you are wearing a headset, what displays to you can be accordingly changed with the movements of your head. A system named 6DoF (six degrees of freedom) formulates your head's movements as x, y and z axis so as to measure when your head is forward and backward, side to side and so on.
There are some different in-put accessories applied in a head-tracking system, such as a gyroscope, accelerometer and a magnetometer. Sony's OSVR as well uses nine LEDs around its helmet and an external PS4 monitoring camera to realize 360 degree head tracking.
It requires low latency to achieve effective head-tracking - 50ms or less - which makes the lag unperceivable when we're moving. The Oculus Rift has an impressively minimized lag of just 30 ms. Minimizing the latency is of significance to any in-put motion tracking device.
Headphones can also increase immersion experience. Binaural or 3D audio can be applied to apps and games and along with head tracking technology, giving the wearer the sense that it is as real as in a real world.

Head tracking is still a big advantage of those not-yet-released premium headsets compared to headsets like Cardboard. However, the big VR players are still dedicated themselves to developing motion tracking. You must be interested what does your hands look like in a virtual world. We have already seen some accessories of Leap Motion - using infrared ray to monitor and track hand movements - strapped to the front of Oculus dev kits. But now we only have some existing in-put devices from Oculus, Valve and Sony.
Oculus touch is a set of wireless controllers with the design purpose of making users wield it in virtual environment as same as using their own hands. There is a matrix of sensors on each controller to detect gestures such as pointing and waving. For instance, you can pull the trigger to shoot a gun in a VR games.
It's really similar to Valve's Lighthouse positional tracking system and HTC's controllers for its Vive headset. There are two base stations at room covering with lasers. It positions your head and hand when they interact with the photocell sensor via the headset and handheld controller. Similar to Oculus Touch, it has a few featured physical buttons as well. More amazingly, you can have two Lighthouse systems in the same space to track multiple users. 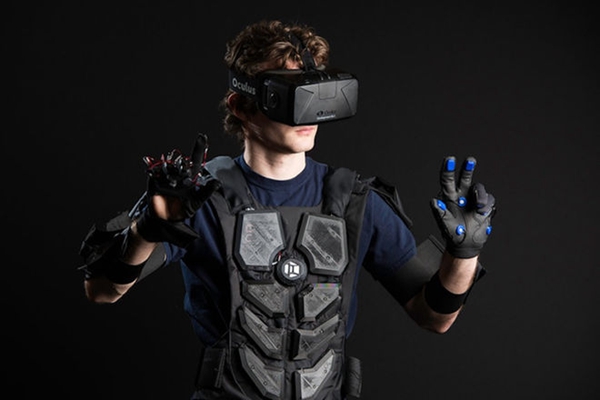 Eye tracking technology has not yet used on latest VR headsets such as Rift, Vive or PSVR, but it is possible to show up in FOVE's very promising VR headset. So, how it works?
FOVE is able to know where in virtual reality you're looking at via an in-put infrared sensor inside the headset. Except for letting in-game characters know which way you're looking at and make interactions, it brings another advantage that enhances the authenticity of the scene.
In standard VR headsets, everything you view is in pin-sharp focus, which is not how we get used to seeing in daily life. For example, the foreground blurs if we look at an object in the distance. FOVE's graphic engine enables to simulate this experience in VR 3D space. Sometimes blur is not a bad thing. Without eye tracking, it remains the same as you look at an object nearby or remotely. Meanwhile, simulating sickness is necessary to some extent. Otherwise VR fails to give you the sense of being in a real space. Finally, a display screen of high definition is needed to avoid granular sensation.

After finishing this article, are you getting excited about VR headsets? If you want to have a try on this novelty, it is recommended to try Google Cardboard in the first place, for it is much cheaper and more suitable for a beginner. Enjoy yourself!