Which is Better: Oculus Rift vs HTC Vive

-- Wednesday, August 10, 2016
Since virtual reality technology is coming increasingly closer to us, more and more people show their interest in this novelty. The Oculus Rift and HTC Vive are undoubtedly two of the biggest and most popular VR headsets. But, a same question comes across most people's mind: which one is better? If you want to buy a headset, it's undeniably right to buy the one you fancy the most. So, we aim to answer this question in this comparison review. 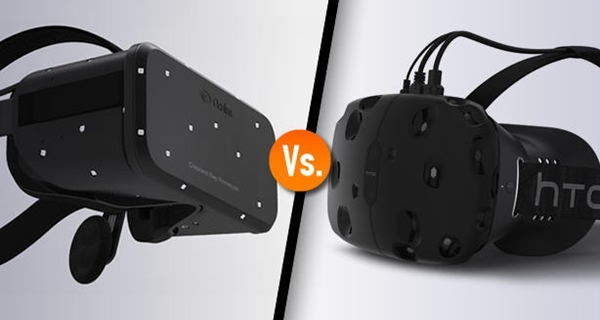 First of all, let's check out the table below. You may notice that the specs of the two headsets are similar. If you're not a tech-savvy, it's hard to directly tell which one's better. So, let's start an in-depth comparison in terms of the design, setup, display, sound, tracking, controllers, games, computer requirements and price. 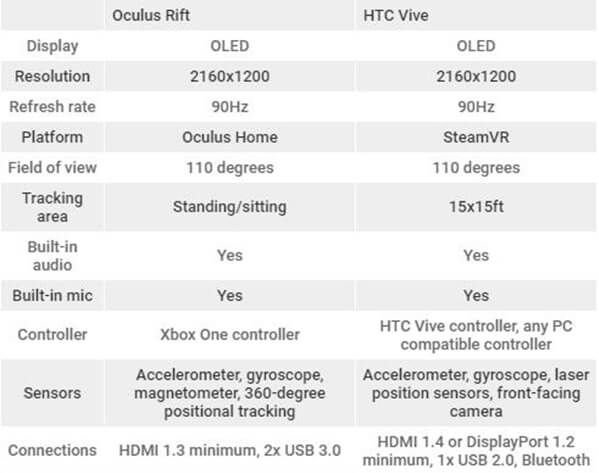 Design
Both the HTC Vive and Oculus Rift look similar in terms of basic design, for both are fairly lightweight, black in color. Also they are both fairly comfortable to wear thanks to the soft material around the edges and features a head strap for extra support, but there are still a few notable differences too.

The first is weight. Though both are lightweight, the Oculus Rift is the lighter. Oculus weigh 470g while HTC Vive 555g. Furthermore, the Rift has built-in headphones while Vive has none. Although there is a difference in weight, the head strap takes most of the weight from the front of the face and should provide a fairly comfortable viewing experience across both the Oculus Rift and HTC Vive.

The Oculus Rift not only wins in the weight, but the size. The Rift is absolutely the more refined than the fairly bulky HTC Vive. It's fairly compact and is covered in black fabric making it nice to touch, whereas the HTC Vive is more prominent and is clad in visible sensors - 37 to be precise. But, don't you think the Oculus Rift has a better looking than the Vive? 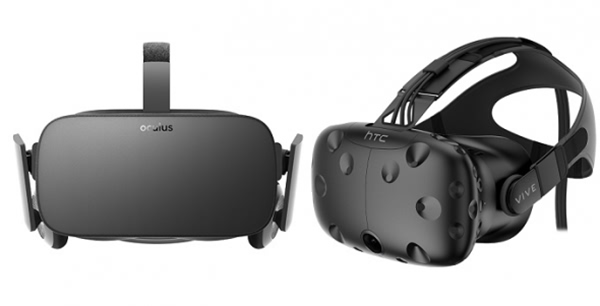 Setup
The setup process for both headsets is fairly direct, though the Rift's is much, much simpler than the Vive's. Download the Oculus software, plug the headset into a free USB 3.0 port and HDMI output, and plug the external sensor into another USB 3.0 port. With that done, all you have to do is go through some simple orientation steps in the software, and you'll be able to use the Rift by putting it on your head when you want to play.

If that isn't enough, the Vive comes with two external sensors that you'll ideally mount on a wall, rather than simply set on your desk like the Rift's sensor. By the way, HTC Vive requires bigger space scaled at least 2m×1.5m while you can just sit down or stand up at the same position when using the Rift.

Display
Both the Oculus Rift and HTC Vive have two OLED displays with a total resolution of 2160 x 1200 and a 90Hz refresh rate, which is apparently 233 million pixels a second and the minimum spec to prevent you from puking everywhere.

What's more, the Vive's screen ratio is 9:5, not 16:9, which means you get a taller field of view. Horizontally, both headsets offer a 110 degree field of view. Latency hasn't been a problem either. Whether you'll feel sick or not dies really depend on the game you're playing.

There are not major differences between the headsets. Generally, both headsets provide sharp image quality. 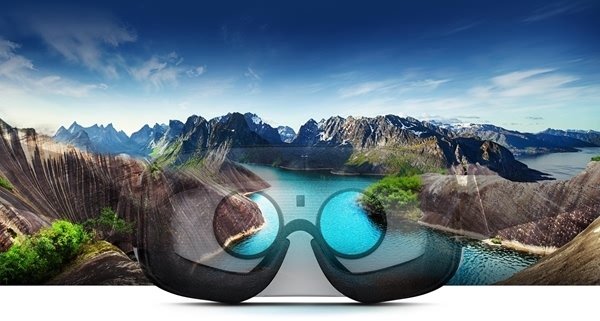 Sound
Almost each video is paired with audio. With video and audio, what you're seeing and hearing makes the virtual reality even more real for you. The Rift has built-in on-ear headphones while the Vive has a 3.5mm headphone jack for using with either the included earphones or your favorite pair of headphones.

Which is the better option is a matter of taste, but I found the Rift's headphones to be easier to use. The Vive's headphone jack adds another wire to worry about while using the headset, and actually getting a pair of headphones to sit comfortably on your head alongside the Vive can be difficult. Both headsets also include built-in microphones for voice communication and commands. 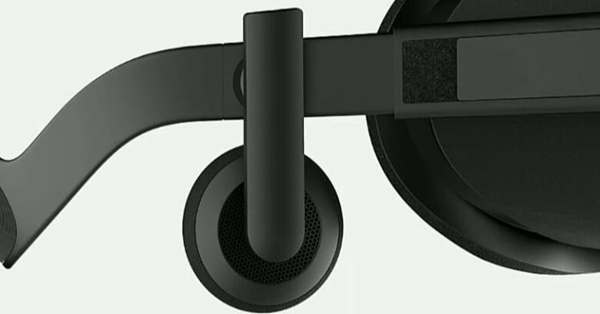 Movement Tracking
A big selling point for Vive is the roomscale. With the Lighthouse base stations, it can track all your movements over a 15 x 15 foot space. That means you can duck, dive and turn around in a virtual space. Oculus is able to track motions in a 5 x 5 foot space, but you can just sit down or stand up when experiencing virtual reality.

The Oculus Rift is outfitted with a tracking sensor (like a microphone) and monitors your movements which is done via tracking the infrared LEDs embedded all the way round the headset so you can look behind you in VR.

The HTC Vive is equipped with two laser position sensors, say, Lighthouse stations (an accelerometer and gyrosensor) and tracks your head movements with 32 LED sensors on the headset itself.

The Vive features a front facing passthrough camera to allow its Chaperone software to work. This allows you to see a fuzzy, blue outline of objects in front of you and people in the same room, while you're in VR, at the touch of a button. It's helpful in keeping you from bumping into walls (more on that in a second).

If you want to enjoy VR, sitting and standing still cannot be counted as enjoyable experiences. The Vive is much better in this point than the Rift. However, if you lack of space, the Rift maybe a good choice. 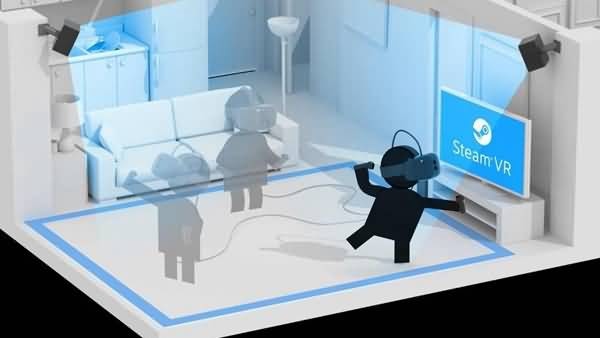 The two (also wireless) Vive controllers are big and a bit unwieldy, so users need to take time to get used to these big gadgets. The controllers come with haptic feedback, dual stage trigger buttons and circular, pressure sensitive touchpads. Controller

The difference between the Xbox One controller and Vive controllers is drastic. Though you're not using your hands in VR with either piece of plastic, Vive still lets you reach out and move your arms around as if your hands are doing all the work. Having two controllers also provides the deeper sense of immersion. 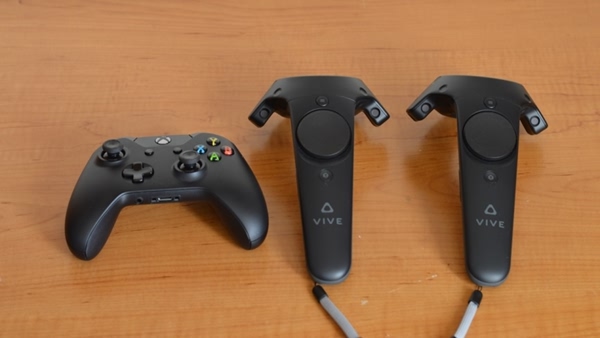 Games
This part is probably the one you guys care the most, so let's get down to it now. The Oculus Rift had 30 games available at launch while the HTC Vive had 20 more, totaling 50. However, the Oculus Rift has more exclusives than the HTC Vive, including Lucky's Tale and EVE: Valkyrie (for now anyway) so if you want to be able to brag about playing a game only a portion of VR players can play, the Oculus looks to be the better choice. However, there have been more and more updates pushed via Steam recently that enable HTC Vive support, including the likes of Project CARS, offering Vive users a VR-ready driving simulator.

Oculus may have more exclusives but HTC Vive games are arguably better quality due to the fact that you can walk around and use the Vive controllers while with the Rift you're pretty limited in terms of what you can do. We'd advise you to take a look at the Steam VR listings page as there is where you'll find a complete list of VR-ready games, and will also tell you if they're compatible with the Rift, Vive or both. 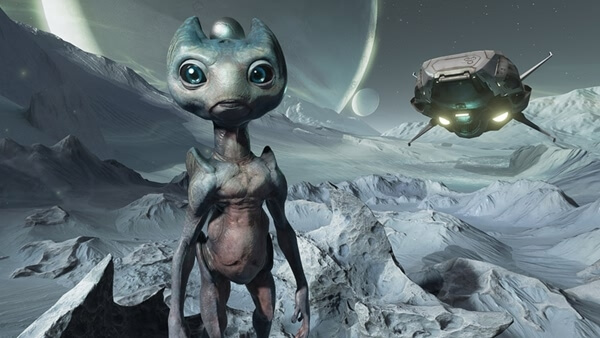 PC Spec Requirements
Despite the high cost of both the Oculus Rift and HTC Vive, the real hidden cost is in the computer hardware that's required to power those graphically intense VR-enabled games. Both the HTC Vive and Oculus Rift require a pretty beefy GPU, with either an Nvidia GTX 970 or AMD R9 290 as a minimum. To give you some idea about the price, the GTX 970 costs around £340.

It doesn't stop there either, as the Oculus Rift also demands an Intel Core i5 4590 processor (around £170) or better, and at least 8GB of RAM. The HTC Vive isn't as demanding in this area, asking for an Intel Core i5 4590 or AMD FX 8350 or greater but only a minimum of 4GB of RAM. It's also worth noting that the Oculus Rift requires an HDMI 1.3 port or better, as well as two USB 3.0 ports. The HTC Vive, on the other hand, requires either an HDMI 1.4 port or better, or a DisplayPort 1.2 or better, along with a single USB 2.0 port.

We'd recommend taking a long hard look at your existing PC setup and decide which is better for you, as you're already splashing out a minimum of £500 for the headset without any PC upgrades. 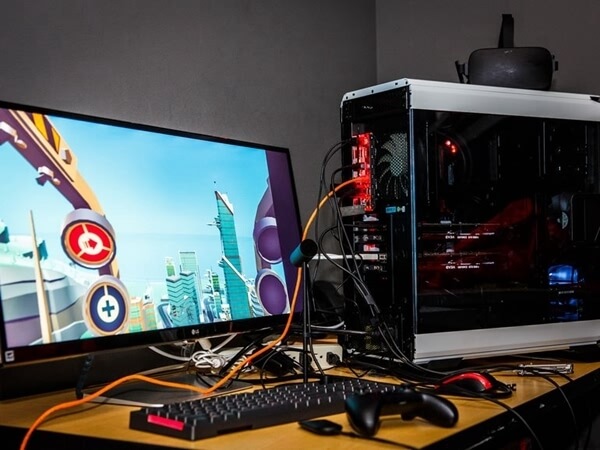 Price
You clearly want a virtual reality future, but you know it comes at a cost. Owning a VR headset may be the ultimate fantasy for some people until a price drop happens. HTC Vive is especially expensive, with the price set at $799 (£689, AU$899). That's how much it costs before shipping and without a PC. Oculus Rift is pricey, too, but a little more reasonable. It costs $599 (£400, AU$839), and again that's without the shipping charge and a PC to go along with it.

The Vive adds motion controls and whole-room VR for the extra $200, but out of the box the Rift is simply less expensive. That will change later this year when Oculus releases the Oculus Touch motion controllers. Availability and pricing for the controllers hasn't been announced, but adding them to the Rift (in order to get the same motion control features as the Vive) will likely bump up the price significantly. Until then, though, the Rift is the less expensive headset. 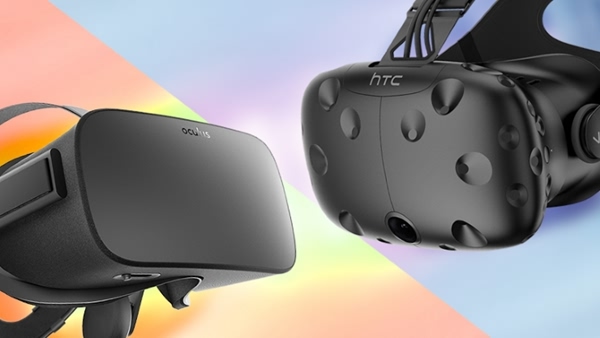 Which one is better is totally a matter of taste, and I don't want to judge that. After you finish reading the whole article, I am pretty sure that you've got an idea in your mind. So, which one occurs in your mind at first is the one that probably suits you more. However, I've seen a comment these days, and it keeps lingering in my mind. That comment tells the truth that the one you can afford it is the one that suits you the most.