-- Thursday, July 16, 2015
As smartphone becomes more and more multifunctional, people like to use it take photos, listen to the music, shoot videos, surf the net, take notes, etc. Along with it, there will be a great deal of data stored in mobile devices. People also prefer transferring data between Android phones or between iPhones. Take iPhone as example, if you want to back up data to computer, you need to install iTunes in PC in advance, which is quite troublesome. To transfer data between iOS devices is much more inconvenient, because there are many restrictions on iOS devices against.

Frankly, there are so many transferring apps working for moving Android data, while which should be tried? Now, Phone Transfer will be illustrated at first to show you which can transfer contacts, photos, videos, etc. among iOS, Android and Windows Phones.

If you have launched this Phone Transfer on PC, you can go to connect phones to PC and it will detect the devices as source or destination phone. When you confirm the sender and receiver, please tick the data type to move them between two devices.

The most familiar and common-used way to transfer files in between Android smartphones is to use Bluetooth. Besides, phone-to-phone and phone-to-computer, Bluetooth is also widely used to build the connection between Android devices and keyboard, mouse as well as Bluetooth smart watch. 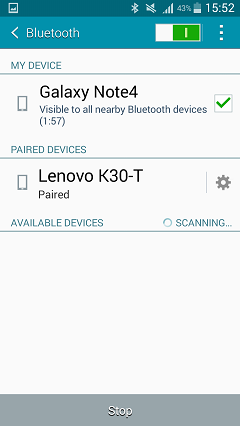 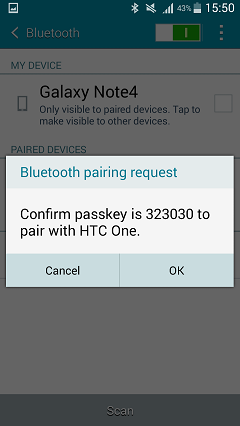 As we all know, when we want to transfer data via Bluetooth, we need to match the two phones and place the two devices in a short distance. Data like photos, videos, music, apps, etc can be shared with Bluetooth. More details are available in the article How to Transfer Files via Bluetooth. 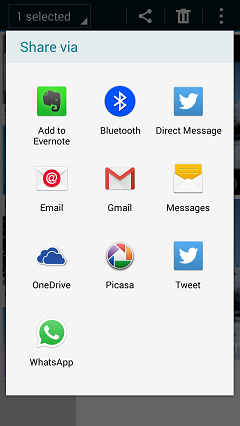 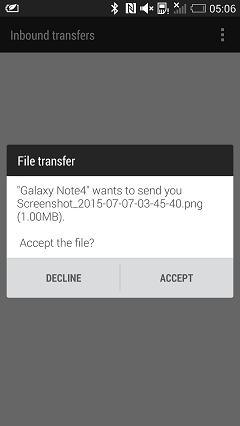 If you want to transfer data to several devices at a time, Bluetooth may not satisfy your need. Besides, to transfer files in large size, using Bluetooth will cost your quite a long time. That is also why Bluetooth being gradually knocked out in terms of data transfer.

NFC (Near Filed Communication) is a technology for data transfer between Android handsets which running Android 4.0 or above. Android Beam is one of the greatest applications of NFC.

You just need to switch on NFC in both devices and place them back to back together. When the chips in the phones are detected and connected by each other, open the files in the phone and tab the screen to start to beam. To know more details about how to transfer data through NFC Android Beam, here is an article, Introduction on Android Beam you can refer to.

Transfer Files with Cloud becomes more and more popular. There are many facilitators providing different Cloud transfer service, which enables you to choose any of them according to your need. No matter using Windows or Mac, iOS, Android or WP7, you can also share data with Cloud. As for what kinds of files the Cloud supports and how the transfer speed is, may vary from different facilitators. Here recommend you Dropbox and Google Drive.

However, there are still some shortcomings of Cloud. Firstly, if there is no Wi-Fi available, transferring files with Cloud will waste a great deal of network flow. Secondly, there is a limited room in Cloud, which leads to the uploaded pictures being compressed.

Read up here, I guess you may already know how to transfer data in between Android phones or tablets. Choose a method you think is the most convenient and do data transfer.