Which is Smarter: Google Assistant vs. Siri 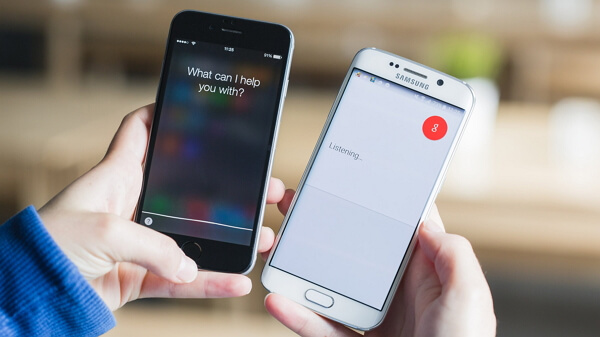 Now, if you own an iPhone, you can use Google Assistant as well as Siri on your device. They are quite similarly in some way. So let's take a look at the introduction of the two assistants below to make thing clear.

What Is Google Assistant?

Google Assistant, launched and developed by Google, is an intelligent personal assistant that can ease your life to a great extent. Though it is a pretty fresh stuff, it keeps improving updating. By now, the Google Assistant is already available on over 100 million devices and you can talk to your phone with this service app downloaded on to control and manage all the stuffs that have been connected to it.

Similar to Google Assistant, Apple's Siri is a computer program that works as an intelligent personal assistant and knowledge navigator. Compared with Google Assistant, Siri may be more familiar to most of the users. With Siri on your iOS device, you can ask for a list of tasks that it can help you with and free up you hand.

To make it clearer to compare with the two assistants: Google Assistant and Siri, you can check on the chart below:

Tips: Though both of Google Assistant and the Siri can deal with the follow-up questions, for my point of view, the former works better. Google Assistant would be able to keep track of the determine context, conversation and audibly respond with the correct information. However, Siri would always "forget" my previous question and respond to the current question only.

Review on Siri And Google Assistant: Which Voice Assistant Will Win?

The nationally recognized American basic cable – CNBC pointed out that Google Assistant is generally smarter than the Apple Siri in the evaluation report. It is not surprisingly as Apple is not keen on the new technology research in the past few years.

CNBC ask both Google Assistant and Siri a series of questions for testing. Below are some of the questions and the corresponding performance of the two assistants.

Question: How do you say "I'd like a glass of white wine?" in Spanish?

Result: Both of the assistants showed nearby gas stations. But Google Account responded with a closer option and provided more info about it such as costs, phone number and so on.
Winner: Google Assistant

Command: Text my wife that I'm running late to brunch

Result: Siri was able to go through the contact and send the message successfully, while Google wasn't able to pick out that detail.
Winner: Siri

Command: Show me my pictures of Seattle

Result: Siri would show the pictures in Apple Photos album, while Google Assistant would display the pictures From Google Photos.
Winner: Tie

Question: Who won the Yankees game?

Result: Both of the assistant would give a correct answer, but Google Assistant also provided the details of it such as MLB standings, the MLB schedule, Yankees news and more.
Winner: Google Assistant

Generally speaking, Google Assistant is the winner, which could responds in a more accurate way as well as provides more details for every topic.