-- Monday, June 19, 2017
If you have been following along the WWDC 2017, you may get the new iOS 11 latest news such as release date, new features and so on. An advanced iOS system can help iPhone users to easily deal with the basic tasks and get better performance when using your devices. 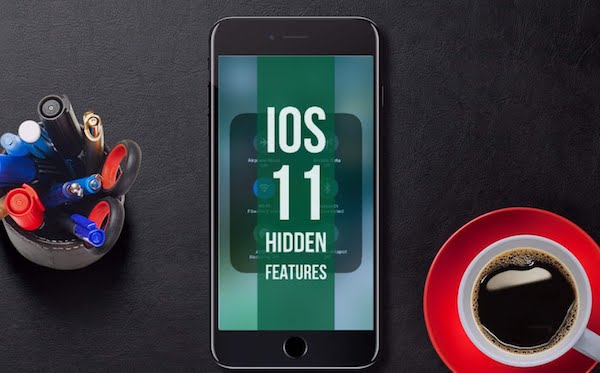 According to Apple at its WWDC keynote, the major update to the operating system-iOS 11, which supposedly alongside new iPhone 7S and iPhone 8, would improve its performance in every aspect and also introduce numerous new user-facing features on, for instance, Apple Pay, Siri, camera app, control center, indoor maps, Apple Music and more.

However, you can never miss its hidden feature from iOS 11- screen recording, which is a secret trick Apple did not mention during the WWDC keynote. It allows users to easily record your screen with the touch of a button.

The built-in screen recording feature in iOS 11 enable iPhone users to record phone screen to make you case such as gameplay guide, teaching purpose and simply send a video to show your parents the way to watch YouTube videos. But this feature is not enabled by default and in this way, you need to activate it before you start recording with it.

To enable the Screen Recorder for iOS, please follow the tips below: 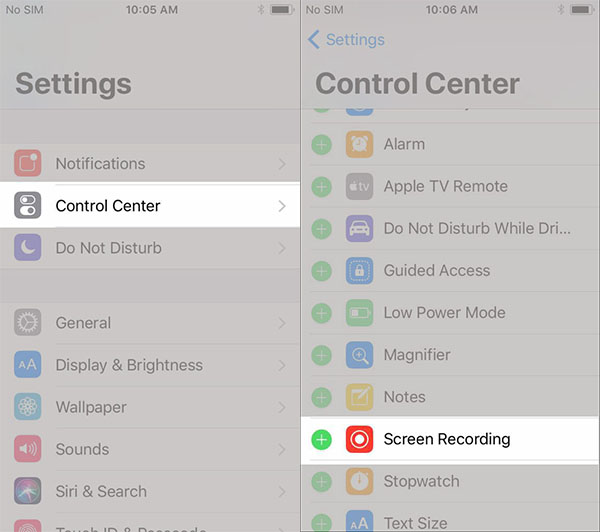 Now, let’s continue to see how to record iPad/iPhone screen without computer:

1. Swipe up from the bottom to display the Control Center interface
2. Click on the Screen Recording button
3. Start to record what you want
4. Click on the top pane of the recording menu to stop the process.

Tips: The recording video would be saved on your “Photos” app and as it records everything you do once you start the process, you may find out that it also capture the moments when you turn of the Control Center or stop the recording. But it is all fine because you can go to the video from “Photo” app and trim the first and last few seconds of the video. 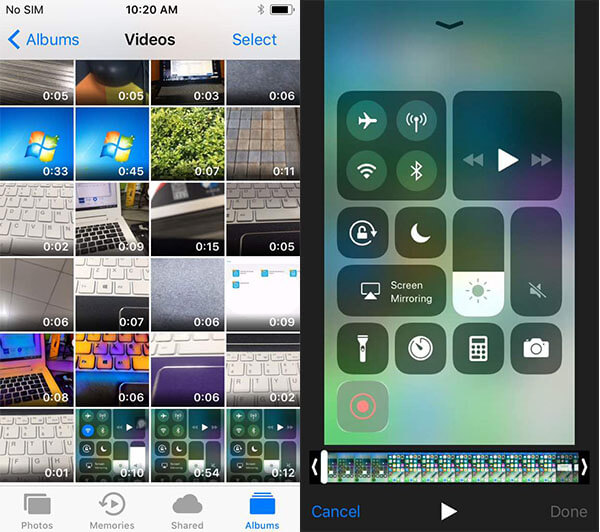 However, not all the iOS devices are available with iOS 11. According to Apple, only users of iPhone 5s and later, all iPad Air and iPad Pro models, iPad fifth generation, iPad mini 2 and later, and iPod touch sixth generation can update their iOS system to iOS 11.

As the users of the older iOS models cannot update the device to iOS 11 and thus you are not able to use and enjoy the built-in Screen Recording feature. Now, we need the alternative. And the iPhone Recorder seems to be a good choice. It enables you record and capture iPhone/iPad screen in several simple steps. Anyway, please try it if you need to record your iPhone screen. 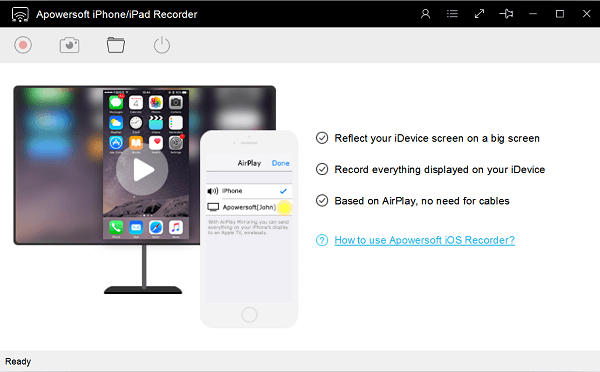 If you have any question about this article, please simply drop us a comment below!