-- Wednesday, June 21, 2017
Considering the situation that your friends visit your apartment as a guest, what would be the first thing they may do? Of course asking for a Wi-Fi password! Normally, you need to tell them the complicated password you set up before so that they can connect to the network on their mobile phones. Sometimes you may have to repeat the numbers and letters again and again until they enter correctly. However, if you guys have updated your iPhone to iOS 11, you can go through the trouble and it is possible to easily join a Wi-Fi network. 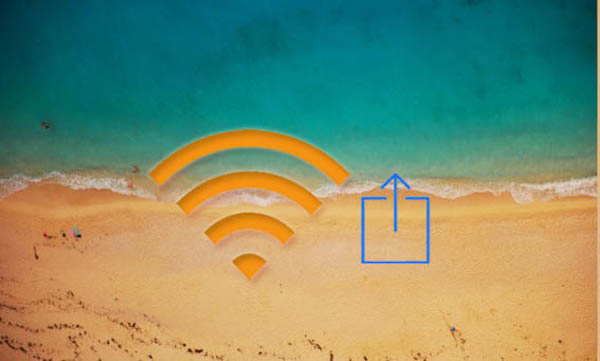 Apple adds simple Wi-Fi sharing in iOS 11 for users to safely share your home Wi-Fi. You may want to know how it works. Actually, the gist is simple: when you connect your iPhone or iPad which is running iOS 11 to the Wi-Fi connection, it would identify other iPhones and iPads running the same iOS and try to connect to the network.

But please note that this trick can only support the devices running the iOS 11 version. That is to say, both of the Wi-Fi password sender(you) and the receiver(your guest) should be running the same iOS 11 system for the job.

When someone tap and choose and tap on your Wi-Fi hotpot on their devices, you would be prompted with "Share Your Wi-Fi" menu on your device which is asking if you want to share the password. Once agree, your friends’ iPhones or iPad would be able to automatically connect to your network in no time.

Actually, the Wi-Fi password sharing feature in iOS 11 can not only make it more convenient to share your network to guests, but also protect it from using by the hacker or the strangers who break your password.