How to Fix If LINE Seems to Crash on Android

-- Tuesday, September 06, 2016
I downloaded the new version of OS yesterday. After updating, I find that my LINE App crashes a lot. I restarted my phone, and it still crashes. In total I have had the app crash (completely close) immediately 6 times in 5 minutes. What is the matter? How can I fix it?

You may come across the similar problem when using LINE. If an app seems to crash, unable to start, or has errors, users tends to uninstall it. But for LINE, you will hesitate because you still need to connect with your LINE friends. Now I want to show you how to fix if LINE crashes on your device.

Here are the several reasons that may cause the crash of LINE. When you have the same problem, you can eliminate causes until you find the exact reason and solve it specifically.

1. Too many Apps are on running. There are many Apps would stay open even you stop using it and you need to exit manually. It would be overloaded for the system to continue to work.

3. Never update Apps and OS version. Some Apps would release new data packets in the new version. Or the Apps could not compatible with the OS version. It can cause that you are not able to start the Apps.

4. Viruses attached to the LINE. It doesn't mean that Line carries viruses. It is probably that the some websites to download LINE is informal. So the secure software on your device would detect the viruses attached to Apps and stop its running. 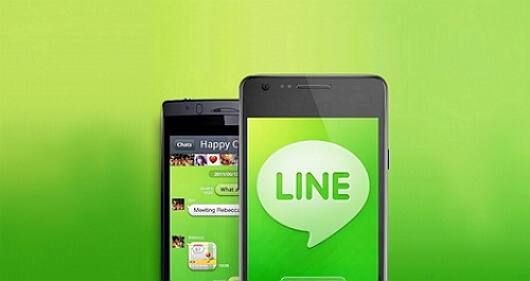 Of cause there are loads of other cases I didn't mentioned above, but these are the basic reasons and we can handle ourselves.


Part 2: How to Fix When LINE Seems to Crash

Tips 3. Clean up the mobile phone memory. You can try to clean up the useless data by using the third-party software or clean up manually. After that, your device would get enough storage space to run the App.

Tips 4. Update LINE and OS version. You can check the compatibility of your App and OS version first. If they are incompatible, you can download the new version of LINE or update your OS version to have a try.

For the situation like the description of LINE crash in the beginning of the article, the reason why LINE crashes is maybe because of the incompatibility between App and OS version. So maybe update the App or choose the compatible version of LINE would be a good idea!