-- Monday, June 08, 2015
When you buy a new-released Samsung Galaxy S6 or S6 edge, the first thing comes to you may be move the data stored in old Android phones to the new one. No doubt that you can save data from Google Cloud backup to the new handset or just connect two devices to the computer and directly move the data from one phone to another. However, if you have never back up your phone or no computer or laptop available, you can also transfer data in between two Androids wirelessly.

Connect the two devices to the same Wi-Fi network. Then, open Google Play to download and install the app in both your Android devices.

Step 1 Choose Sending and Receiving Devices
Set "Android Device" as old device and hit "Start" in your Galaxy S6. After that, set the old device as sending phone while set Galaxy S6 as receiving device, and click "CONNECT" button. 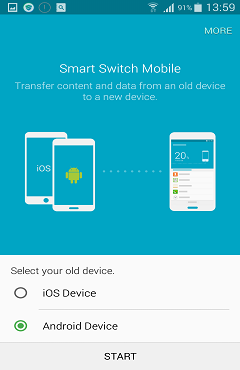 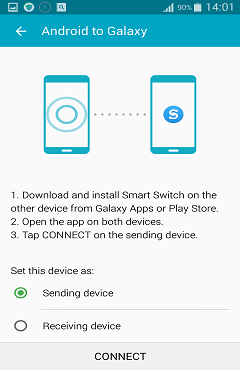 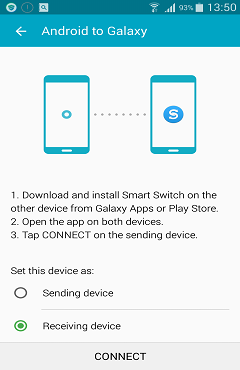 Step 2 Connect Android Phone to S6/S6 edge
After the settings above, the two phones will start to connect. If the connection hasn't built for a little bit long, just type the PIN code shown on the sending device in the receiving device and connect two handsets manually. In a while, old Android and S6 will be successfully connected. 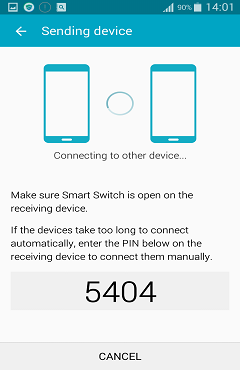 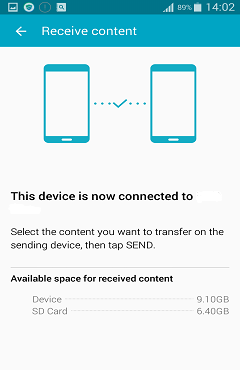 Step 3 Transfer Data from Android to S6
The app will scan all the contacts, music, pictures and videos saved in the sending phones. When the scanning finishes, tick all the items and click the "SEND" button in the old Android. In the S6, you can check how the process goes. Once the transfer completed, hit the "FINISH" button to end the process. 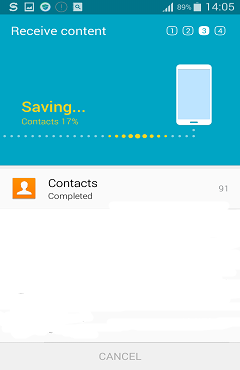 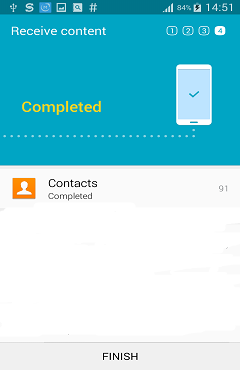 Read up here, you may wonder whether you can to transfer messages, call logs, apps or other content from Android to Samsung Galaxy S6 with Smart Switch. Sorry to tell you "NO". But luckily, we got Phone Transfer, a professional yet easy-to-use program, enables you to transfer various data, for instance, contacts, messages, music, pictures, videos, apps, call logs, in between phones running iOS, Android, Blackberry or Symbian systems. Read the detail guides and get more information about the software:
How to Transfer SMS from Android to Android
How to Transfer Apps from Android to Android
How to Transfer Call Logs between Android Phones 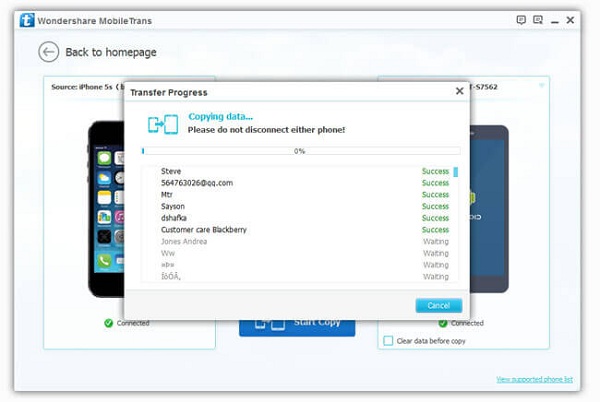