How to Get Back Photos/Videos/Music from Nexus 5

-- Thursday, January 28, 2016
Even if we insert an external storage with 32GB, our Android phone will still be filled up by tons of videos, music and photos easily. And there’s no doubt that your Android will behave slowly. To solve this, most of us may delete useless media files to get more space. However, what if we regret about that and want to get back deleted photos, videos and music back to our Google Nexus? Actually, we can restore deleted media files from Nexus with ease with the help of Android Data Recovery. The tutorial will be based on Nexus 5, if you use other Nexus smartphones like Nexus 5X, Nexus 6 and Nexus 6P or other Android phones running Android 2.3 to Android 6.0, you can undelete deleted Google Nexus files with the similar steps.

Android Data Recovery, the excellent data recovery software, is not only available for Google Nexus phone/tablet, but for other Android phone brands which runs Android 2.3 to the latest Android 6.0. Photos, videos, music and more media files can be recovered with ease. Just download a copy on your Android and see how it works.

Easy Steps to Get Back Photos/Videos/Music on Nexus 5

Step 1 Don’t Do Any Update Once Losing Files
Even if the files we deleted are disappear on our Google Nexus phone, they are not wiped permanently. Instead, they are just hidden in somewhere on your phone. The pre-condition to get back photos is that you should leave your Android alone and don’t add or delete any data on it. Just turn to Android Data Recovery for help. 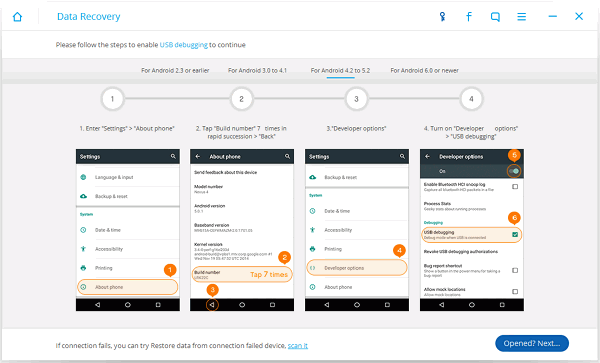 After that, your Nexus phone will be detected by the program and you will see the following interface showing you different types of supported data. You can tick all the data types you want to recover and click "Next" to move on. 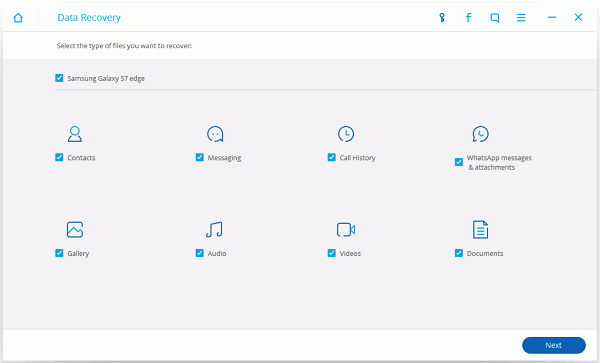 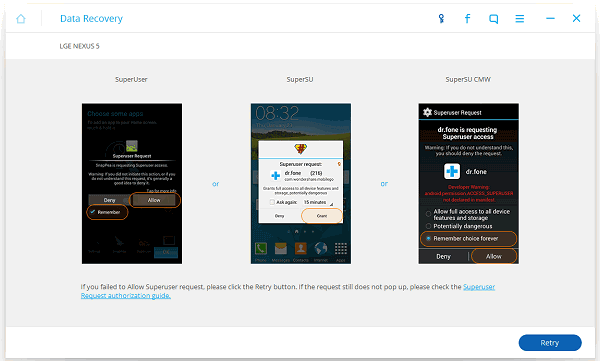 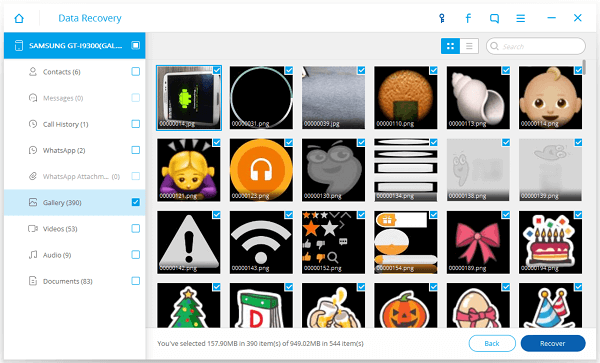 Note: The deleted files will be listed in red and the existing one will be in black. You can turn on the toggle "Only display deleted items" in the interface to show the deleted files only.

Step 6 Back Up Google Nexus In Case Losing Data Again
In case data losing happen again, you will be recommended to back up your Android device from time to time to make sure all the new data are backed up and can be recovered latter. In this way, even if you accidentally delete some of the Android data, you can easily get them back with ease.

Android Data Recovery is so powerful, isn’t it? As long as we’ve formed a habit of backing up our Android to computer from time to time, we can recover deleted/lost media files including photos, videos and music back to our Android (Android 2.3 ~ Android 6.0).