How to Play MP4 files on Android Phones

-- Friday, April 28, 2017
Although an Android phone is compatible with MP4 video files, it also requires the file to be encoded in the way that is recognized by your particular phone model. Some MP4 videos are not supported to play on your Android due to the failure of reorganization. That's why you need to convert it to the compatible one firstly.

Windows version and Mac version are provided. The way it works is almost the same. Here we take Window version for an example.


How to Convert MP4 Videos to Android Phones 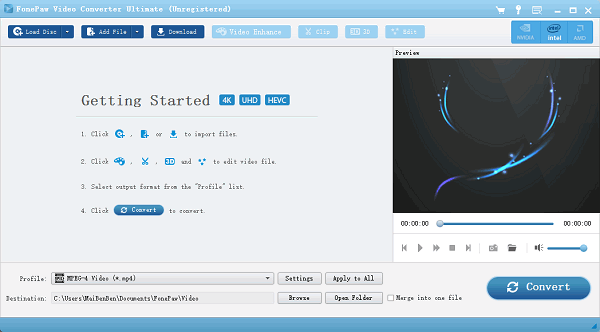 Step 2 Import MP4 Video File
Click "Add File" button at the upper-left to import the source MP4 video from computer that you want to convert.
Note: You are also allowed to drag and drop the files you want directly into the interface. 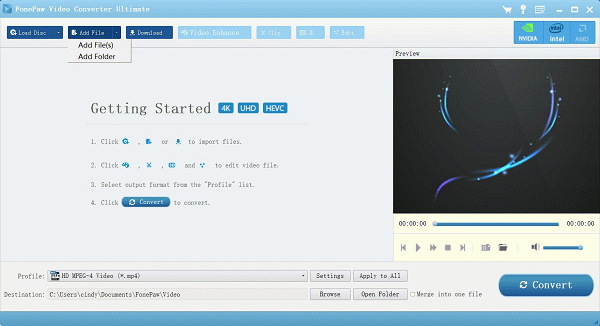 Step 3 Select Target Video Format
After adding the video, you can click the the button on the right of the video information bar or the drop-down list in next to profile to select the format or device that you need to convert the video to. At the bottom of the interface, you can set the folder that you want to save the converted video. 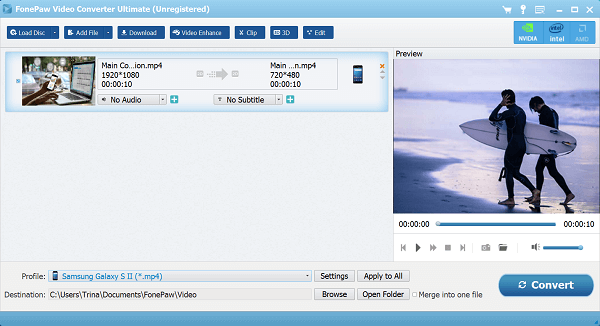 Step 4 Convert MP4 in Super Fast Speed
Hit the "Convert" button, then, the program will begin converting the MP4 videos. For few seconds and as the process bar ends, You can open the file and check it. 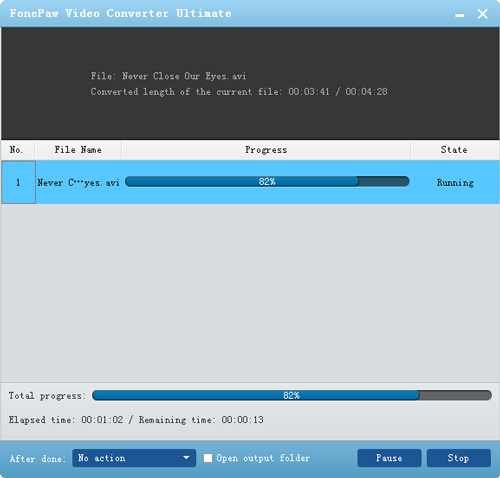 Note: After that, the MP4 videos can be converted to the format that it can be played on Android phone.

Step 5 Transfer & Play Video on Android
Now you can transfer the video to Android and enjoy the playback.

It is totally within your control. Moreover, besides video conversion, you can try the function of burning homemade DVDs to any formats you want, as well as transferring them to optimized device formats, so you can watch them on the go. Come to try it now.