-- Friday, July 17, 2015
When being asked how to transfer data in between Android phones like Galaxy S6, LG G3, Nexus 9, HTC One M8, Xperia Z3 etc, the first and most common-used way comes to you is Bluetooth. Many Android users prefer to transfer phone content to others via Bluetooth wirelessly, for it's very convenient and fast.

In fact, Near Field Communication (NFC), a set of technology that enables smartphones or tablets to establish data exchange with each other in a short distance, has been widely integrated into popular and latest mobile devices from different brands. And one of its greatest applications is Android Beam. Yet, it's still being not known by quite a lot Android users, let alone being fully used.

In order to make you take a full use of your cellphone, the following article will introduce you what Android Beam is and how to use it.


What is Android Beam?

As mentioned above, Android Beam is a feature of Android mobile operating system allowing phone data to be transferred between devices via near field communication (NFC).

Note: Data transfer between mobile phones or tablets via Android Beam can only achieved in those devices running Android 4.0 or above and supporting NFC.


Use Android Beam to Transfer Data between Android Devices

Step 1 Check NFC Support
To start with, go to Settings > More under the WIRELESS & NETWORKS option. If you find a NFC in it which means the device supports NFC. Then, tick the block next to NFC to turn it on. 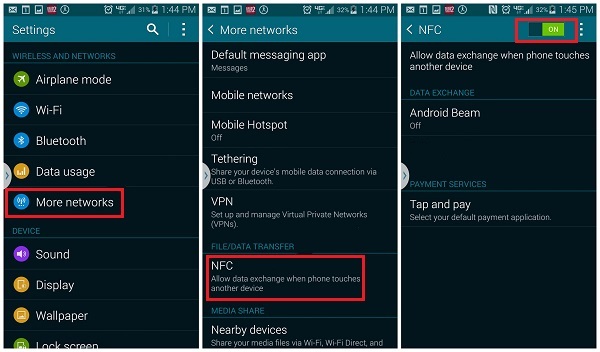 Step 2 Select Data
After launching NFC, select the data you want to transfer. Below are some preparations for navigating phone content before transfer:
1. Web Page. If you want to share a site to other, you should open the web in Chrome beforehand.
2. YouTube Videos. Run YouTube app and open the video in the app.
3. Apps. Open the pages of the apps in Google Play.
4. Pictures. Open Photo Library or Gallery in your phone, long-pressing one image, then, blocks will show on the top-right corner of each picture. Tab those you want to finish selection. 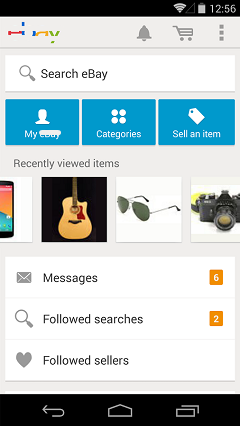 Step 3 Beam to Share Content
Placing devices back to back with the content to be shared displayed on the screen to activate Android Beam. If the content is able to be sent, the screen of the source phone will shrink down and a "Tap to Beam" text will display at the top. Tap the screen to confirm content transfer. When there is device near and able to beam, a sound will let out. Once the transferring done, a confirmation tone will play. 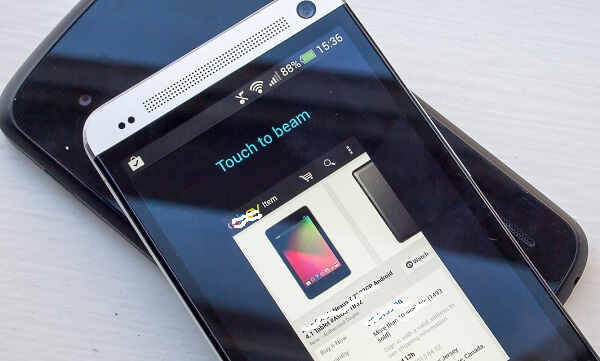 Read up here, you may know how to transfer data via Android Beam. Hurry to try this excellent feature to share content to your friends.