-- Thursday, December 24, 2015
The arrival of the new HTC models brings us a list of advanced features including a larger screen, improved dual focus camera and improved metal design, etc. Many of you may have already switched the old Android phone with the new HTC mobile model. However, if you are a HTC phone green-hand, you might encounter an annoying trouble, that is: how to migrate text messages, photos, contacts, and more from the old Android device to the new HTC one? Fear not, a free app called HTC Transfer Tool has been developed by the HTC Company which makes it a painless process to move data from an old device to a new one.

HTC Transfer Tool is specially designed for HTC mobile phone users to get data from the an old HTC One M7 or another Android phone like Samsung Galaxy S3, Samsung Galaxy S4 or any other phone running Android 2.3 Gingerbread operating system. It is available in the Google Play Store for free!

Note: Here are the basic requirements for this program to work properly
- Download and install HTC Transfer Tool on both devices.
- Connect both devices to Wi-Fi.
- OS: Both devices are running Android 2.1 or later.

Key Functions of HTC Transfer Tool
1.One-Click Transfer Everything from Old HTC to New HTC
By using HTC Transfer Tool app, you can transfer data from old HTC phone to the new HTC device. But you need to make sure that the device model is HTC Sense 5(or later). 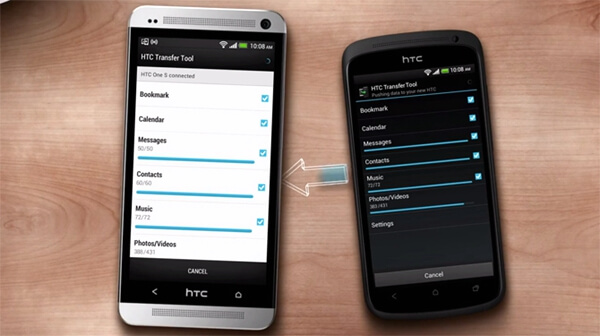 2.Easily Sync Data between Old Android to New HTC
Now you can transfer content between any device that has Android 2.3(or later) and your new HTC Sense 5 (or later) device. 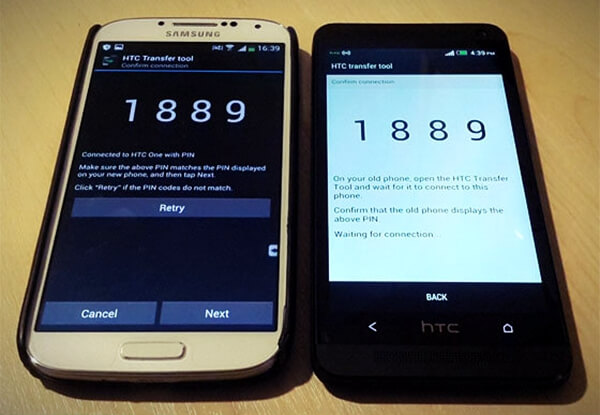 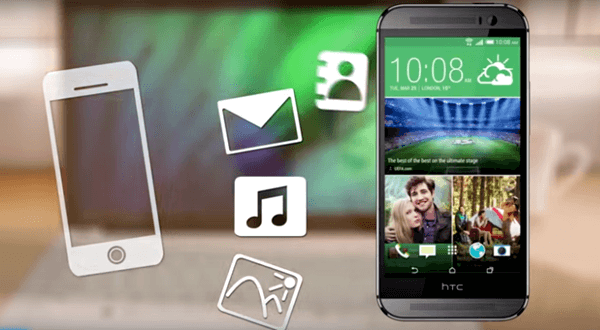 Conclusion
Now that we’ve walked you through the main features of this program, you can now download and set up this HTC Transfer Tool to have real fun. The whole process should be quite simple and fairly fast.