How to Fix Unsuccessful App Installation in Android

If you getting all sorts of problems while installing a newly downloaded app on your Android device, don't panic. The problems you are facing may not uncommon. Go ahead and read this, I'm sure you'll find the perfect solution to your installing problem.

• It usually happens when you try to install applications that aren't available on the Android Market. You will get a warning screen prompt saying that the installation is blocked for security reason. That's because the Android system is set by default to forbid any third-party apps outside of the Market. So what we need to do is change the default setting. You may: tap on Settings>Security>Applications to get a screen as bellow and check the box beside Unknown sources. • Android developers can restrict their apps to certain devices and minimum versions of Android. If you want to bypass the device restrictions, you'll need to root your Android phone. On the other hand, if you download an app that requires a higher version of Android, update your device to the latest version to get it. But when you are not an expert in rooting your device and prefer not to update your Android OS, try to install apps that are compatible with your device.

• Speaking of compatibility, most of the Android devices are now only support specific format called APK. So you are ploughing the sand by trying to install .jar or any other files on your Android phone.

• If you're getting an error message stating "insufficient storage available" when installing an app on your Android smartphone or tablet, you are going to need to delete something off your device's internal storage. In your device, press Settings > Storage > Phone Storage (or could be Internal storage) > apps> Click Clear cache. This will give you some space to download your desired app.

• Lots of people now use screen dimming applications to modify the brightness of handsets in the evening. Such applications work by overlaying the whole screen with a translucent window, and letting touch events pass through to the activity below. As a result, you may get an unresponsive Install button. Simply disable screen dimming app before installation and problem solved. 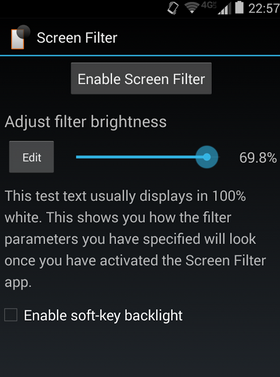 Do you know any other troubleshooting for failing in apps installation? All the tricks above work for many of the Android users, did they work for your? If not, did you find a better method? Leave us a comment and share your point of view!