-- Wednesday, November 06, 2013
Dropbox, as a file hosting service, must be pretty familiar for people, office staff in particular. Dropbox enables users to upload file folder to the cloud storage, and then synchronizes so that the files appear to be in the same folder regardless of which computer or device is used to view them. Files saved in the folder are also accessible via Dropbox website, Microsoft Windows, Mac OS X, Android, iOS mobile apps, etc.

According to official statistics, about 25,000,000 people around the world rely on Dropbox; 2 hundred million of files are uploaded to Dropbox cloud storage daily; and more than a million of files are transferred via Dropbox every five minutes. In the below article, let's take a look at the brilliant features that make Dropbox stand out and popular.

One of the basic functions of Dropbox is file synchronization. As if you upload some folders to Dropbox with the computer at home, you can access to the folders in the office PC, laptop, Android mobile phone or iPad via Dropbox website or the application installed in computers or devices. In this way, you can access to the important files anytime anywhere instead of taking USB disk.

If you need to send several folders to a collaborative team, it may take you quite long to do it with traditional email. With Dropbox, you can easily share folders to others who also own a Dropbox account very quickly, no matter how large the files or folders sizes are and what formats they are in. When the receiver accepts the sharing, the sent folders or files will automatically saved in his application. For those who have no Dropbox account, you can share a link of the files to their mailbox as well. 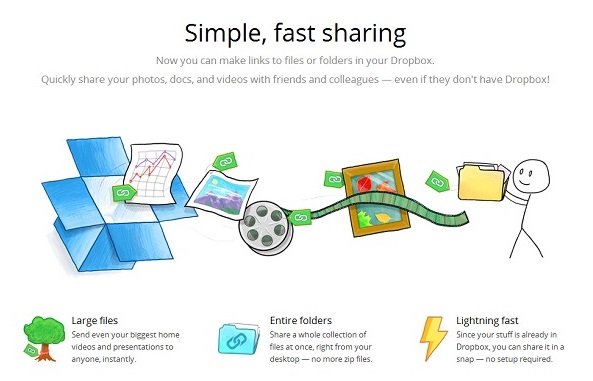 3 File Request from Families, Friends or Others

Sometimes we may need our families, friends, colleagues or others to send photos, music, documents, etc to us. With Dropbox, we can directly send "File Request" link to their emails. Once the other side receive the link and upload the files on it, those files will be automatically saved in the preset folders in your Dropbox. 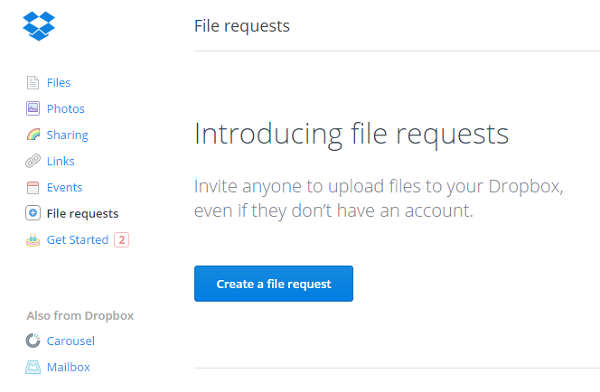 Provided you accidentally trashed some files in your computer, you can sign in Dropbox in the site and retrieve them. Or thing like that happen to you: you modified a document with some wrong information and save the file after modification. With Dropbox, you can restore the file back to the previous versions.

Read up here, you may know well about Dropbox and figure out why it's so popular. No matter you are an entrepreneur or a teacher, a photographer or office worker, an artist or an activist, Dropbox is a good choice in terms of file management as well as simplifies your life. Hurry to give it a shot.