Why Is Cloud Testing Beneficial for Remote Working Conditions

Mobile app market significantly contributes in raising the world digital economy. The convenient lifestyle in a fast paced world offered by mobile apps is the major reason behind its popularity. To meet the exponential demands and expectations of the mobile app users businesses across the globe are coming up with more and more innovative apps for their user base. But, in the quest of standing out in the digital noise one thing that brands need to focus is in maintaining rock solid quality of the app. Hence mobile app testing comes into the picture. Mobile app testing brings robustness as well as increases the reliability of a mobile application.

Gone are the days when mobile app testing was overlooked. Since the last decade mobile app testing has been rapidly evolving and now time has come that it has finally moved to Cloud. When talking about mobile cloud testing then one thing that strikes immediately is that there is no physical lab involved and testing can be performed over real mobile devices remotely from any part of the world. Now when we know that the major advantage of cloud testing is that being a virtual platform it sets no geographical limitations, let's have a look at the other reasons that prove cloud testing ideal for remote testing. 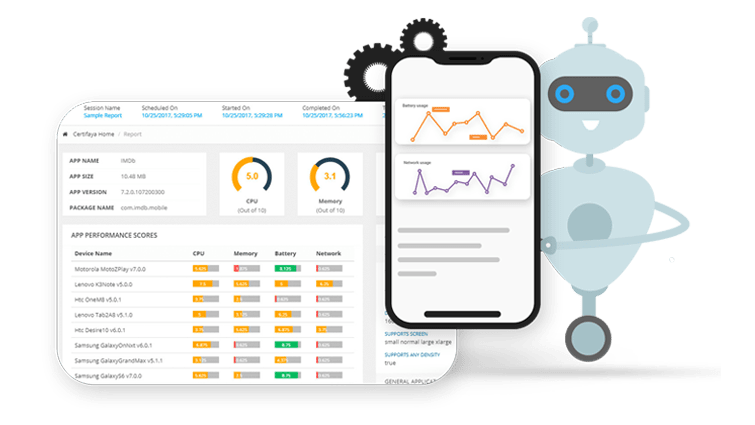 
Due to the huge popularity of mobile apps the number of apps in the market are rising like anything, this is evident by the increasing number of apps in the app stores i.e. total 5.5 million apps in play store and istore. All the app in app stores are unique with a gamut of variations like Os and Os versions, Os and browser versions. Browser and browser versions, different screen sizes, screen aspect ratio, form factor, etc.So there is a dire need of developing app testing platforms that are multi platform support to deprecate device fragmentation issues. It would be very difficult to set up a physical device for multi platform support especially for scaling which would require heavy cost, time and labour.On the contrary a cloud based platform can easily scale multiple mobile devices as well as perform parallel testing covering various device combinations. So a cloud based platform can cover maximum number of real time devices as well as it offers the privilege to deactivate the devices as per the requirement.


One of the major advantages of a cloud based platform is that it is virtual. Apart from saving cost, time and efforts incurred in setting up a physical device lab, cloud.based testing platform can be accessed from any part of the world and at any time. Its other perks are that the QA team has access to the platform 24/7 , this increases the efficiency by many folds and also crucial reports can be exchanged on cloud platform.


Mobile and cloud is a very strong combination that can shape the future digital world. In this perspective mobile app testing over cloud is going to have a strong stand in the growing digital ecosystem. Also we have seen that how cloud testing dilutes all the major obstacles like device fragmentation and scalability issues seamlessly. As per the latest trends remote working removes all the limitations to efficient working conditions. So a cloud testing platform is highly recommended for remote working conditions. pCloudy is one of the best cloud based mobile app testing platform. It can test over 500 real mobile devices because it supports parallel testing and is highly scalable. It supports continuous testing and is loaded with ample of innovative features which would make your testing life easy and efficient. So all these features make pCloudy highly suitable for remote working conditions.