The Most Popular Tools to Root Your Android

-- Tuesday, October 18, 2016
To some of the Android users, getting the Android mobile phone rooted is sometimes necessary. With the rooted phone, we can remove the system Apps, customize the appearance, make change in the system files, or install the ROMs, which can make it much faster. But some users may try to root their device with little knowledge and have no idea how to do. If you want to root your Android phone, here I will introduce some helpful rooting Apps for you. 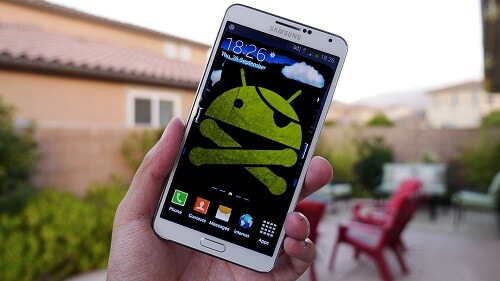 The Most Popular Tools to Root Your Android

KingRoot can root your Android phone with one-click, which means its procedure to root your device is very simple. First, you need to download and install the KingRoot App to your device. And then please launch it. Just tap "Try it > get now" to start the rooting process. Android phones that have an operating system between Android 4.2.2 and Android 5.1 are supported.

KingoRoot aims to help Android users to root their device and it is no necessary to connect to computer. All you need to do is to tap the root button. Of course, if your device is already rooted, it can be also detected. And you can unroot your device in several simple steps. KingoRoot works on almost all the phone models that use any version of Android between 1.5 and 5.0.

Just like KingRoot and KingoRoot above, iRoot can also root your Android phone in a very simple way without any technical skills. It covers nearly all Android brand including Samsung, Google, Sony, HTC, and others with Android 2.3 to 5.0. If your device has been rooted, you can also have "Unroot" option to remove root with this kind of App.

One-Click Root, just like its name, the rooting process is pretty safe, easy, and fast. If you want to root your phone with One-Click Root, you need to download and install the program on your computer. Then connect your device to PC via the USB cable. At that time, you need to enable the USB debugging on your device. After that, just follow the guide on the program to root your Android phone.

Framaroot can root many different Android devices like Samsung, LG, ZTE, and HUAWEI without PC. This App has many versions, and you can choose the one that fit your device most. And you can unroot your device with the newer versions of Framaroot.

Although you get many different kinds of methods to root our Android device, but if you want to get rid of the limits that the other rooting Apps has, Android Root seems to be a good choice. For example, it is very simple to root the device but the Android version above 5.1 is not supported with KingoRoot. Android Root offers a safe and secured root solution for Android device. You can download it on your PC and have a try.


Now I want to show you're the details about the advantages and disadvantages of the six common rooting tools.


You can choose the rooting tool that fit you most. But Here I recommend Android Root because it supports almost all the android device and Android version. Anyway, it is up to you! Any questions please drop us a comment.